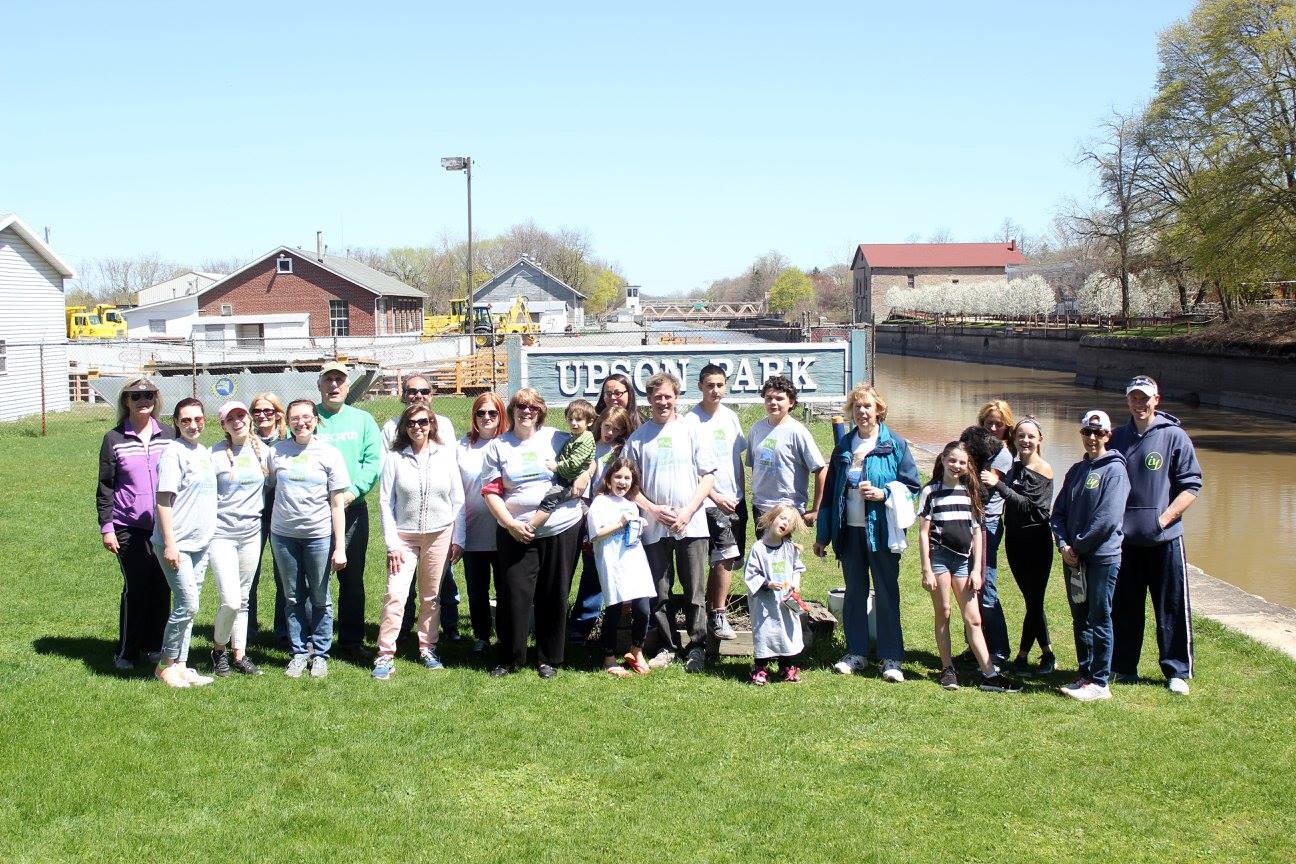 Every year our church participates in the Earth Day Canal Clean-Up. It is a way for our church to give back to the community and to participate in something meaningful.

The Erie Canal has been the life blood of the Lockport community since the 19th century.  It still is a symbol of the community. Unfortunately, some people treat it as a trash receptacle and dump an assortment of items in it.  Over the years, church members have pulled out tires, bicycles, bowling balls, a couch, shopping carts, beer bottles and cans, and an assortment of other items from the canal and its surrounding paths.  It is a disgrace!

The Scriptures are filled with passages about protecting and preserving the environment.  We are instructed by God to care for the environment because the earth does not belong to us, but is the possession of its Creator.  For example in Leviticus, we are instructed:  “The land must not be sold permanently, because the land is mine and you are but aliens and my tenants. Throughout the country that you hold as a possession, you must provide for the redemption of the land.”  (Leviticus 25:23-24)

When I was in nursery school as a child, I remember becoming upset after I build a beautiful tower out of blocks only to see it knocked down by a bully. Those who pollute and disregard the environment are like bullies, for they seek to destroy that which is not theirs.  As John writes in his Gospel, “Through [God} all things were made; without him nothing was made that has been made.” God has made the beautiful earth and God has charged us to be its stewards and protectors.

The Prophet Isaiah warns us of what happens when we ignore God’s law and seek to destroy his creation (Isaiah 24:4-6):

The earth is defiled by its people; they have disobeyed the laws, violated the statutes and broken the everlasting covenant.

Therefore a curse consumes the earth; its people must bear their guilt. Therefore earth’s inhabitants are burned up, and very few are left.

In the end, we are called to preserve and protect the Creation that God has graciously and wonderfully created. This is our destiny and followers of Christ and as heirs of the Covenant that God made to Abraham.  We have been given a land filled with milk and honey and so, now, let us be grateful and protect it.